Délivrance Premieres on CBC
With great fanfare, CBC broadcast the film Délivrance on Saturday, August 20th. Congratulations to Donovan Richard (Producer/Director) and Danny Thebeau (Producer/Writer/Actor) and their amazing cast and crew for an excellent recreation of turbulent times in New Brunswick history. It is a great snapshot of the hell Acadians were subjected to during the great expulsion. Pierre Surette leads a small group of men to freedom during the siege at Fort Beausejour in 1756.

Fresh off celebrating Saturday night’s premiere of Deliverance I managed to track down Donovan Richard, the film’s Director/Producer to get his overall take on things.

Jim: When you started your film did you ever expect or anticipate it would grow to what it became? The film debuted on CBC this past Saturday. When it was on air, what was going through your mind? Lastly what has been the response to the screening on CBC?

Donovan: When we created the short film “Délivrance” and attended the 2010 Silver Wave Film Festival for its first screening, we thought that we had achieved all we wanted with it during the awards night with all the nominations and the wins. But, once we were approached by CBC and they entrusted us in creating a second part to make this into a full one hour made for TV movie, we were both completely taken by surprise. I know that we always wanted to have something we created air on television, but this was certainly a perfect opportunity for us. It wasn’t easy though, everyone worked very hard to get it to this point and this past Saturday, the film premiered on CBC. The responses and feedback have just been pouring in and we are so proud and happy.

This is one of the proudest moments of my life for me to have been able to watch the fruit of our collective hard work in the company of such incredible good friends who helped us create this wonderful project. 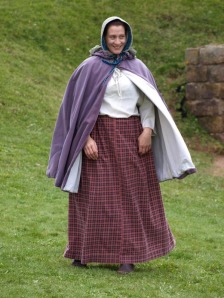 Jim: I was impressed with the acting, technical and camera but one aspect that really stood out was the attention to details in recreating costumes or period wear. I understand another member of your family was very instrumental in making sure this was consistent with the era?

Donovan: Yes my sister Jonelle created the Ranger and Mikmaq costumes from scratch. An amazing job considering the small amount of time she had to complete her work. 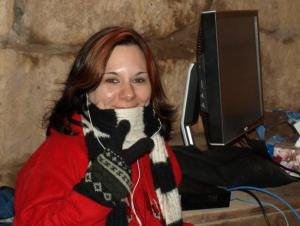 Jonelle Richard created memorable moments with her costumes on Délivrance

Well written, directed, shot and acted (please see the film’s website for cast/crew details plus the well deserved kudos being received at www.redleafproductions.com This is one film that “Delivered” as promised.

This entry was posted in Uncategorized. Bookmark the permalink.